Tignes had been due to open the French 2018-19 ski season this weekend but now says it won’t be, and it isn’t sure when it will.

The problem is another long hot summer has further depleted the resort’s Grand Motte glacier and current webcam images show exposed rock and ice between the receding glacier and the base of the lifts – it appears a significant snowfall is required (library pic from last summer used above).

There have been three significant snowfalls reported in the Alps since late august but most of the snow appears to have fallen on Austrian and Italian slopes further east.

Tignes, which used to operate it’s ski lifts 365 days a year, has the longest ski season of any French resort. normally open for ‘winter’ from September to May and in summer from June to August meaning it can claim to be open during every month of the year.

Elsewhere the Kaunertal glacier in Austria (Pictured below on 26th September) has announced it will open for the season this weekend but the Molltal glacier, also in Austria, which should be open at present, is temporarily closed whilst it too awaits an adequate fresh snowfall. 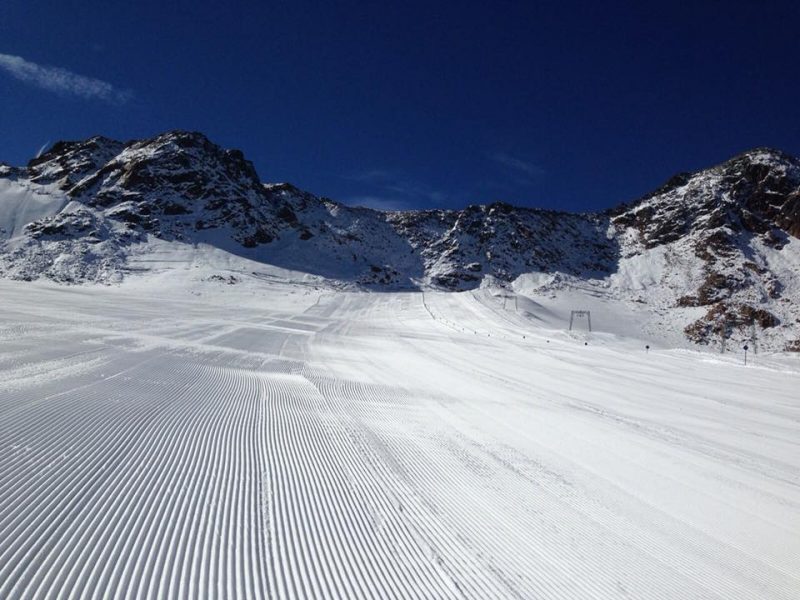